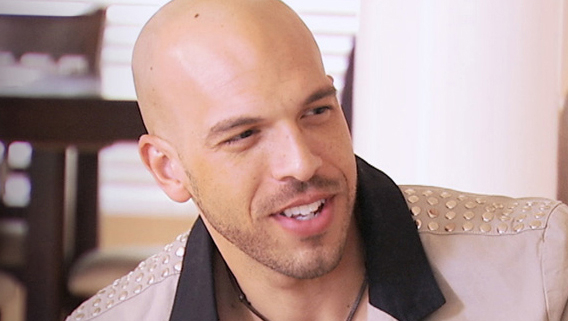 Vin Armani joins me for today’s episode to discuss the coming dim age – and I think he is right about this. We discuss why he thinks one is coming with a particular focus on learning from past historical stories. We also talk about what it means for day to day life and, at the very end, what you should put in place to navigate this change. Because it is important to do what you can to protect both for your short term comfort and to set a foundation for your children’s future.

The Living Free in Tennessee Workshop is coming fast and we have some fantastic sessions coming your way.

Presenters are coming from all over our community and the country. You really do not want to miss this one. Tickets are $450 this year and will go on sale first to members, then to the general public. Camping is included and there are great room rentals nearby if you are not the camping sort.

Member tickets will go on sale on January 15 and to non-members on MLK day, January 18th. Do pay attention to LivingFreeinTennessee.com as we update the information from the 2020 event to this year’s shindig!

Vin Armani is a philosopher, serial tech entrepreneur, and CryptoSavage. In addition to being an author and speaker, he has made his living as a television star, film producer, high-end male escort, software developer, art gallerist, pirate radio station operator, DJ, music producer, and motorcycle courier. He studied Philosophy at Howard University.

Tales from the Prepper Pantry

Main topic of the Show: Navigating the Dim Age with Vin Armani

When I did this interview with Vin, it was a hard discussion to have. Hard because I can see which story in history we are living right now. Hard because my close friends and family think that I am referring to Donald Trump when I bring it up and that Joe Biden is going to fix it. They do not realize that it doesn’t matter who is in power. Hard because it feels like we have “stopped thinking” but the reality is that most people never did think. They parroted as if they are thinking. And that parroting is why it has been so easy to set up so-called experts in places of authority claiming they have THE answer releasing smart-sounding soundbites that are repeated and repeated and repeated until they sound true, feel true and are taken as facts.

But as my friend Kevan likes to say Do Hard Things.

So I see today’s interview as a wake up call to those who have not seen what is coming. As a look at the makeup-less morning face in the mirror after a sleepless night. As that belly roll hanging out in the mirror when you are not wearing spanx. We have some time right now to consider what is happening without the pretty trappings of “for the greater good” or “doing your part”. We are being gas lighted and have been for a long time.

When we accepted TSA Pre as a thing, we set a foundation for segmenting the population into two groups so that one can be pitted against the other. And that is just one example of the slow and subtle march toward this dim age. A time when the negative, power hungry elite seek to control the masses through division.

And yet if you look at the last time this cycle happened in history you also see bright spots and light. We have been here before and some stood up. Some stood out. Some quietly created systems and communities of support that operated outside the power structures being imposed on those around them. They set a foundation for an age of reason. And in this particular story, that is the denouement. That is how it ends – with a new and better story.

So I hope you will approach this episode with an open heart and mind. And when you feel that tightening of fear that you will pause, take a deep breath, and look at the belly fat in the mirror.

Wednesday’s episode will be a follow up to this episode and I invite you to send me your thoughts, questions and ideas.

GUYS! Don’t forget about the cookbook, Cook With What You Have by Nicole Sauce and Mama Sauce.