Years ago, for my birthday, Mark purchased me a white, Hamilton Beach food processor at Walmart. All of his friends said that I would break up with him for such a domestically oriented gift and advised him to get me a piece of jewelry. He stood strong on his decision and we celebrated my birthday with homemade salsa, a nice wood fire and the AC running because it was still hot in October in Tennessee.

I used the snot out of that ting as I learned how to preserve vegetables and fruits, make sauces and powders, and so much more. Over time, the plastic food drum began to get brittle and pieces would come off. I looked around for replacement parts, but they were about as much as a new processor. It lasted 9 years. NINE long years of lots of use. Then, one day, the food drum was simple done. It fell apart.

The next year, I got a Cuisinart. It lasted 1 use before I broke the safety latch, so I replaced it. And broke the next one after two uses.

I quickly went back to my old faithful, the Hamilton Beach 10 Cup Food Processor. I briefly considered the 12 cup because it has a larger chute, but that 12 cup one also has a lid latch safety very similar to the Cuisinart. I figured I would break that in a moment. So, today, we have the Hamilton Beach 10 Cup Food Processor back in the kitchen and are able to happily process 20 lbs of cabbage in just one hour to make a winter’s worth of sauerkraut!

So today, I am recommending this as the Amazon Highlight of the week. which does give me a small commission if you click on my links. 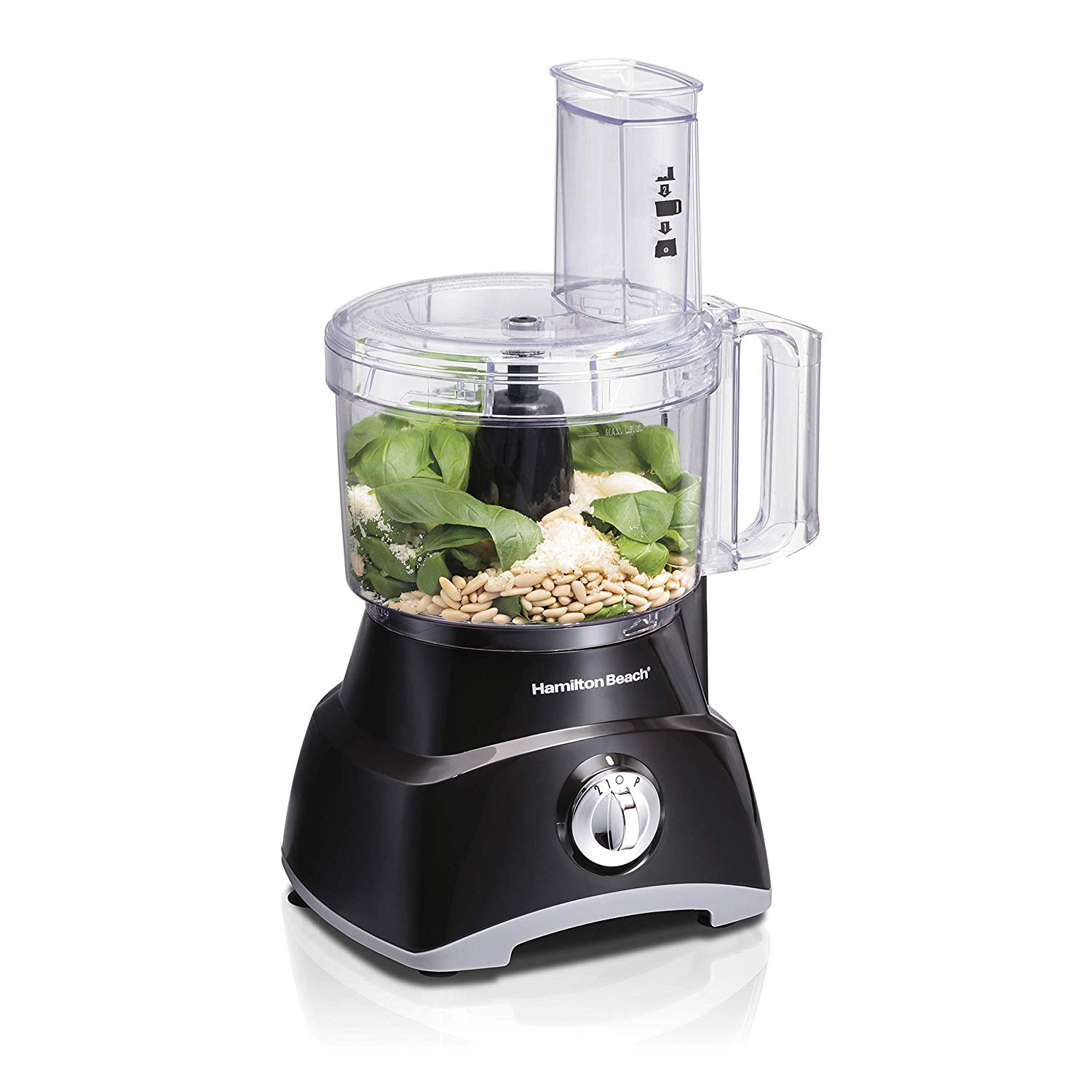